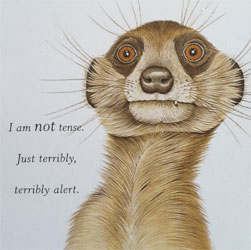 Definitions with a TWIST

I talk about wanting a “Boyfriend” but I don’t even know what I’d do with one.. 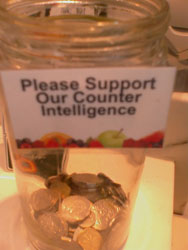 The fear of not having coffee

A system of government where the least capable to lead are elected by the least capable of producing; and where the members of society least likely to sustain themselves, or succeed, are rewarded with goods and services paid for by the confiscated wealth of a diminishing number of producers. 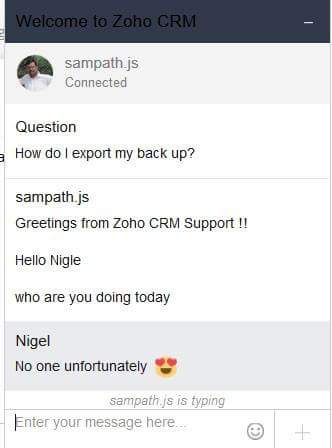 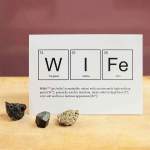 At the 1994 annual awards dinner given for Forensic Science, AAFS President Dr Don Harper Mills astounded his audience with the legal complications of a bizarre death. Here is the Case:

On March 23, 1994 the medical examiner viewed the body of Ronald Opus and concluded that he died from a shotgun wound to the head. Mr. Opus had jumped from the top of a ten-story building intending to commit suicide. He left a note to the effect indicating his despondency. As he fell past the ninth floor his life was interrupted by a shotgun blast passing through a window, which killed him instantly.

Neither the shooter nor the deceased was aware that a safety net had been installed just below the eighth floor level to protect some building workers and that Ronald Opus would not have been able to complete his suicide the way he had planned.

“Ordinarily,” Dr Mills continued, “A person, who sets out to commit suicide and ultimately succeeds, even though the mechanism might not be what he intended, is still defined as committing suicide.” That Mr. Opus was shot on the way to certain death, but probably would not have been successful because of the safety net, caused the medical examiner to feel that he had a homicide on his hands. In the room on the ninth floor, where the shotgun blast emanated, was occupied by an elderly man and his wife. They were arguing vigorously and he was threatening her with a shotgun. The man was so upset that when he pulled the trigger he completely missed his wife and the pellets went through the window striking Mr. Opus. When one intends to kill subject “A” but kills subject “B” in the attempt, one is guilty of the murder of subject “B”.

When confronted with the murder charge the old man and his wife were both adamant and both said that they thought the shotgun was unloaded. The old man said it was a long-standing habit to threaten his wife with the unloaded shotgun. He had no intention to murder her. Therefore the killing of Mr. Opus appeared to be an accident; that is, if the gun had been accidentally loaded. The continuing investigation turned up a witness who saw the old couple’s son loading the shotgun about six weeks prior to the fatal accident.

It transpired that the old lady had cut off her son’s financial support and the son, knowing the propensity of his father to use the shotgun threateningly, loaded the gun with the expectation that his father would shoot his mother. Since the loader of the gun was aware of this, he was guilty of the murder even though he didn’t actually pull the trigger. The case now becomes one of murder on the part of the son for the death of Ronald Opus.

Further investigation revealed that the son was, in fact, Ronald Opus. He had become increasingly despondent over the failure of his attempt to engineer his mother’s murder. This led him to jump off the ten-story building on March 23rd, only to be killed by a shotgun blast passing through the ninth story window.

The son had actually murdered himself, so the medical examiner closed the case as a suicide.

Priceless exchanges between Pilots and Control

O’Hare Approach Control to a 747: “United 329 heavy, your traffic is a Fokker, one o’clock, three miles, Eastbound.”
United 329: “Approach, I’ve always wanted to say this… I’ve got the little Fokker in sight.”

A DC-10 had come in a little hot and thus had an exceedingly long rollout after touching down.

San Jose Tower noted: “American 751, make a hard right turn at the end of the runway, if you are able. If you are not able, take the Guadelupe exit off Highway 101, make a right at the lights and return to the airport.”

A Pan Am 727 flight, waiting for start clearance in Munich, overheard the following:
Lufthansa (in German): “Ground, what is our start clearance time?”
Ground (in English): ”If you want an answer you must speak in English.”
Lufthansa (in English): ”I am a German, flying a German airplane, in Germany. Why must I speak English?”
Unknown voice from another plane (in a beautiful British accent): “Because you lost the bloody war!”

The German air controllers at Frankfurt Airport are renowned as a short-tempered lot. They not only expect one to know one’s gate parking location, but how to get there without any assistance from them. So it was with some amusement that we (a Pan Am 747) listened to the following exchange between Frankfurt ground control and a British Airways 747, call sign Speedbird 206.

While taxiing at London’s Gatwick Airport, the crew of a US Air flight departing for Ft. Lauderdale made a wrong turn and came nose to nose with a United 727.

An irate female ground controller lashed out at the US Air crew, screaming: “US Air 2771, where the hell are you going? I told you to turn right onto Charlie taxiwayl You turned right on Delta! Stop right there. I know it’s difficult for you to tell the difference between C and D, but get it right!”

Continuing her rage to the embarrassed crew, she was now shouting hysterically: “God! Now you’ve screwed everything up! It’ll take forever to sort this out! You stay right there and don’t move till I tell you to! You can expect progressive taxi instructions in about half an hour, and I want you to go exactly where I tell you, when I tell you, and how I tell you! You got that, US Air 2771?”

Naturally, the ground control communications frequency fell terribly silent after the verbal bashing of US Air 2771. Nobody wanted to chance engaging the irate ground controller in her current state of mind. Tension in every cockpit out around Gatwick was definitely running high.

Just then an unknown pilot broke the silence and keyed his microphone, asking: “Wasn’t I married to you once?”

This site uses Akismet to reduce spam. Learn how your comment data is processed.

Thank you for visiting